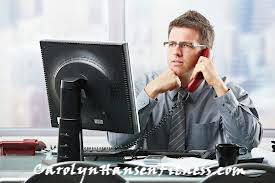 It’s true; sitting on one’s rear end for extended periods is a serious threat to health. Recent scientific findings suggest prolonged bouts of immobility such as when sitting is being linked to serious diseases that has become epidemic in our society.  And this is the problem – the human body has been designed to be active – very active and it cannot handle the stress of our modern sedentary behaviors.

You could say we are an immobile lot; in fact we are the most physically inactive population that has ever lived on this planet. We seem to be happiest when we are doing little other than sitting.

After all we sit at work, in the car, on the couch, at the bar, at the movies, on the airplane and watching sport. We sit for hour’s practically comatose watching television, at the computer surfing the internet or playing video games. A screen of any description can hold our interest for hours.

We humans are designed for movement and lots of it. Our evolutionary history has been one characterized by a hunter-gather lifestyle which involved large amounts of vigorous physical activity as we have had to seek out our food from the environment.

This is in direct contrast to modern “easy” and “convenient” lifestyles that most of us now have, where technological advances have removed the need for physical movement almost entirely from our lives. A major part of our modern lifestyle involves sitting and many of us do it for up to 80 percent of our 16 odd waking hours each day.

This is hugely contributing to the fact that many of us are overweight. But, the human body becoming over-fat is a modern problem – statistics for it did not even exist fifty years ago. But now the incidence of it is pandemic with as many as two-thirds of the population being overweight to some degree or another. 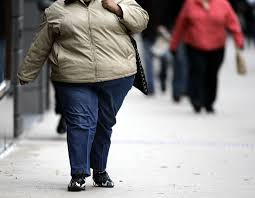 There are several factors that have combined to be the cause – motorized transport, labor saving devises, household appliances along with sedentary jobs where people are sitting all day. Add to that the increase of convenience foods that are energy-dense with high levels of sugars and fats but low in nutrients means we are getting fatter as a greater energy imbalance occurs between calories consumed and calories expended.

Fifty odd years is not long for research and understanding of all of these factors to have been done, so the topic of the rising tide of overweight people in our increasingly sedentary world is of great interest to scientists and researchers. A new science has evolved called “inactivity physiology” investigates the effects of inactivity and sedentary time on our bodies.

Researchers estimate that, thanks to our non-active computerized lives we burn 1,000 fewer calories a day (about half a day’s worth for most of us) than we did just 40 years ago. This is what living a sedentary lifestyle means – it is the type of existence that lacks enough movement and also does not include intentional exercise to give our body’s the muscle building and maintaining activity they must have to remain healthy and well.

It is becoming a global issue and we now have a new kid on the block called Sedentary Death Syndrome which has quickly become the third leading cause of death in the US right after heart disease and cancer.

But the problem is, it is worse that any one single disease as it is actually linked to another 30 odd serious conditions and ailments from diabetes to depression to osteoporosis. The cause of this villain is sitting and is responsible for 2 million deaths worldwide annually.

Thus sitting motionless for long periods creates a problem for us as there is an absence of whole body movement which keeps our body functioning as it is designed to be. This sedentary time leads to a weakening of muscles, bones, heart and lung function along with weight gain as the food we eat is not being used for the energy required for constant physical movement.

Even if the bathroom scales don’t reflect this fat increase it can be hidden deep in the body and muscle loss (from inactivity) hides its presence on the scales.

Even if you don’t have a desk job, it doesn’t mean you are off the hook. It’s not only at work where we sit. Typically people sit much more than they even realize – on the couch while watching TV or reading, while eating meals, while getting to and from work (whether driving or riding a bus or train) – to name just a few examples.

Sitting and Your Risk of Disease

One of the major factors the researchers have found to be happening is that the act of sitting down shuts down the circulation of a fat-absorbing enzyme called lipase which has profound negative effects on fat and cholesterol metabolism.

As your body falls deeper into energy-stockpile mode, circulation slows, digestion becomes sluggish and your calorie-burning metabolic furnace dims to a flicker. Glucose and fat in the blood hang around and re-circulate with nowhere to go and end up being stored as excess fat on the belly, hips, thighs and deep inside the body clogging arteries and doing damage to organs and tissues.

It is little wonder that people who sit a lot have two to three times the rates of becoming overweight and susceptible to the killer diseases that are epidemic in the world today. Basically, lack of movement triggers really unhealthy metabolic changes and if you sit in an office chair or on your couch for more than six hours a day then here are some disturbing facts:

Your risk of heart disease has increased by up to 64 percent. You are shaving off seven years of quality life. You are also more at risk for certain types of cancer. Simply put, sitting is killing you.

We may wonder why we allowed ourselves to become so unhealthy. We know that proper exercise is not only good for us but has now become a matter of life and death. It is not some frivolous pastime that we find time for when we have nothing better to do.

Without enough vigorous physical activity our body has no way of staying healthy. It needs this movement to stimulate the necessary hormones that instruct every cell, tissue, system and process in the human body to repair, rebuild, renew and replace itself.

To save your own life and remain vigorous and healthy you might need to do something that might feel uncomfortable and unnatural, especially at first. You need to move and exert yourself but after you overcome your inertia and do some vigorous activity; you will become aware of the immediate benefits to your mental, physical and emotional well-being. You will also recognize that this was exactly what your body needed.

Don’t let your body deteriorate from lack of use. It’s the only one you get issued with so it makes good sense to do some basic maintenance so it won’t let you down somewhere down the track.

This is such an easy problem to fix. A proper strength training exercise program performed just 2-3 times each week that keeps the muscles strong and healthy is at the top of the list.  Then smaller snatches of activity at regular intervals throughout the day. Simple things like squatting down and up a few times (even beside a desk) will engage the big muscles of the legs and get the circulation of fat burning enzymes pumping again to keep the body healthy. 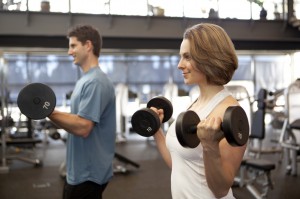 Too much chair time will kill you – there are no “ifs” or “buts” about it and you will need to move and exert yourself on a regular and consistent basis to offset the damage that is being done to your body by too much sitting.

If you do work seated consider getting a standing or height-adjustable desk. It’s become a trend, so jump on the bandwagon. It’s an easy way to reverse the amount of time sitting each day. Instead of standing as a break from sitting, you can sit when you need a break from standing. Eventually your body will adjust and it will feel more natural to stand throughout the day. I have been using one for the last 2 years and wouldn’t go back to sitting for long stretches.

The good news is that after you have gotten used to your new found activeness, you will also become more aware of other positive benefits that you will experience. You will begin to recognize that staying strong is exactly what your body needs not only physically but mentally and emotionally as well to be truly healthy and vital.

We each have to take action to avoid becoming one of the millions of people predicted to die of preventable disease in the next decade caused by inactivity. Sitting and living an inactive lifestyle is a dangerous enemy as it is silent and hidden.  But becoming more active will defeat this villain and not only will you look better but you will feel better too.

Combine your strength training program with a satisfying whole-foods nutrition plan that supports your exercise program  and you have the perfect formula for sustaining a healthy slim body for life.

It’s time to throw away all the false statements you’ve accepted about dieting and exercise and learn what it really takes to reshape your body, take weight off and keep it off for good…

“Rebound Free Weight-Loss” can help you do just that…

For more tools and resources from Carolyn Hansen to assist you in attaining your health and fitness goals and achieving the success you desire in life, please visit: